How to build consumer loyalty through brand experience

Brand experiences are the smartest way for brands to build meaningful connections with their audience.

How to Future Proof Your Brand for the New Normal

The COVID pandemic has changed consumer behavior. Learn about new brand packaging design trends and how to future proof your brand.

How to build meaningful connections with your customers

Building personal relationships with customers is a challenge for brands. Learn effective strategies to connect with your audience – without being creepy

How to Successfully Launch a Limited Edition

From the streets of London to the alleys of New York 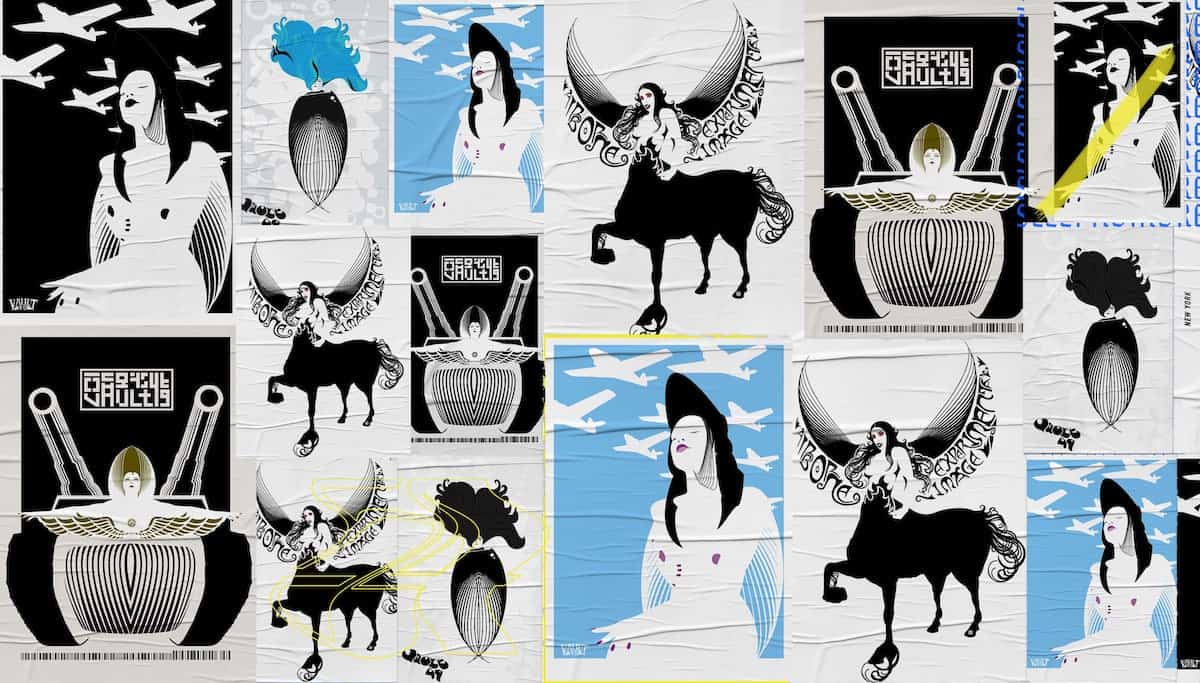 Vault49 is not your usual agency experience. It’s a place where art and business intersect. Where creativity leads and commerciality rules. Our winning ethos comes directly from our founders’ story and values, established more than 15 years ago.

Jonathan Kenyon and John Glasgow met at the London College of Printing in 2002. Each had a passion for printmaking – for the smell and feel of ink and for the unexpected discoveries revealed in the manual process. Above all, the pair worshipped visual impact and raw expression and applied this to their real passion: street art. They spent nights flyposting the streets with screenprints, making their mark in the world under the anonymous moniker of Vault49. It cemented a lifelong friendship and collaboration. Their enigmatic posters across London became something of a phenomenon and attracted the attention of global brands.

That’s where we started, and it remains our differentiator. As we scaled, we kept the name of our street art collective, and with it our founding spirit. Today, we blend ‘art studio’ with ‘design agency’ and ‘innovation lab’. Hands-on image-making sits alongside strategy and digital creation. Playfulness, hunger, curiosity, and adventure are woven into the fabric of our culture. We’ve made history for our clients and for ourselves. Vault49 was described as a ‘genre in their own right’ by WGSN in 2009, and we were the only design team included in its 10 most important graphic influencers of the decade.

We know now, there doesn’t need to be a compromise between creativity and commerciality. We’re proud to have worked with some of the world’s biggest brands and most exciting startups, and proved our authentic process works. As ever, we worship the unexpected. As ever, it’s about iconic mark-making. Beautiful work that stands out and connects with people. 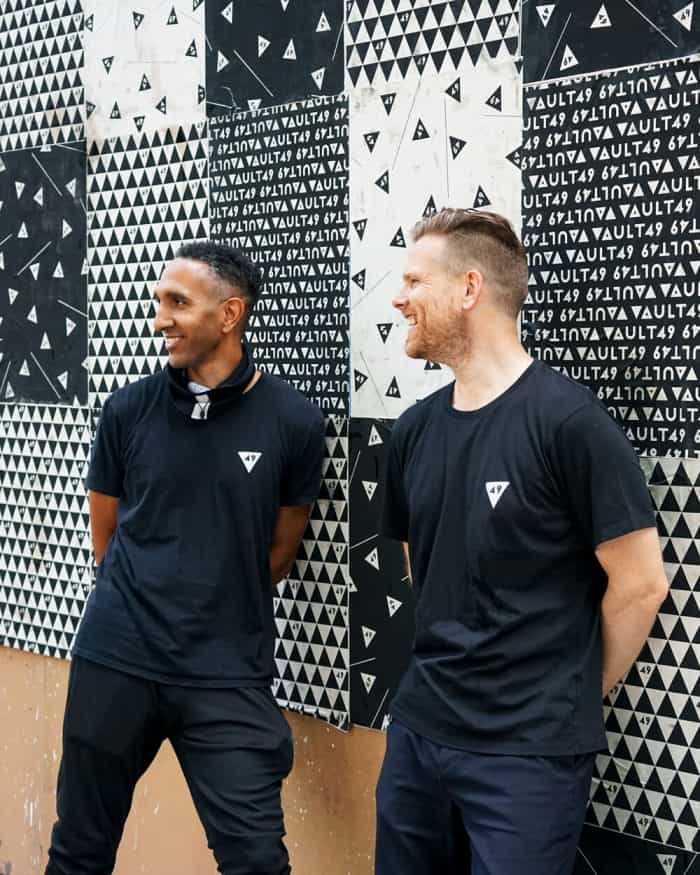 Our team comes from all disciplines. What we share is spark. A curiosity about the world, a hunger to create something different, and a love for what we do. We gain our energy from your ambition, and in turn, you’ll gain a spring in your step from our ideas. 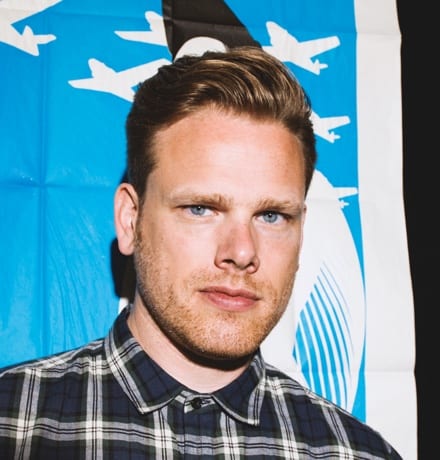 With creative origins as an internationally recognized street artist, Jonathan co-founded Vault49 in 2002 and now guides our strategic direction and partnerships. He is that rare combination of business brain and artistic soul. While he still gets his hands dirty, what makes him different is his dedication to transparent, actionable strategy that unearths powerful ideas and delivers results. Jonathan champions our collaborative approach, bringing disciplines together to create brand expression and packaging that stands out. 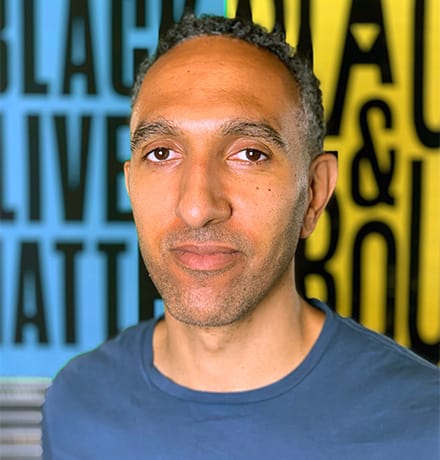 John’s roots as a printmaker and street artist have never left him. He co-founded Vault49 in 2002 and inspires the effective integration of strategy and creative image-making. He promotes a crafted process and leads our team in developing bold artistic solutions that delight audiences and disrupt everyday experiences. John is committed to encouraging cultural diversity within the design industry. He spearheads a Vault49 initiative giving students from low-income backgrounds the opportunity to work on projects and broaden their networks. 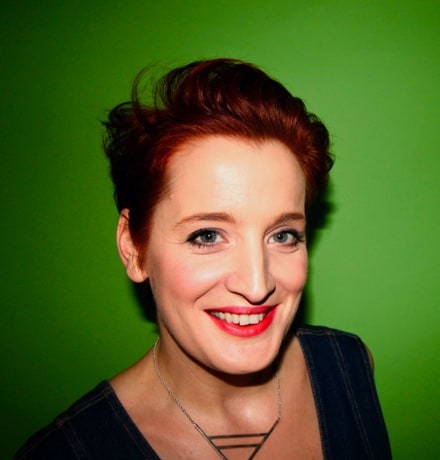 Leigh sets the standard of design excellence at Vault49. With over 20 years’ experience in London and New York working for a wide range of global brands, she lives and breathes brand. Leigh has big ambitions for both clients and our team. She believes in transforming brands through smart and meaningful creativity and knows that the key to this is deep insight and freedom to explore. It has seen her win numerous industry awards. Whether it is brand identity, packaging and retail, events and activation, we count on her to get the best out of our diverse team. 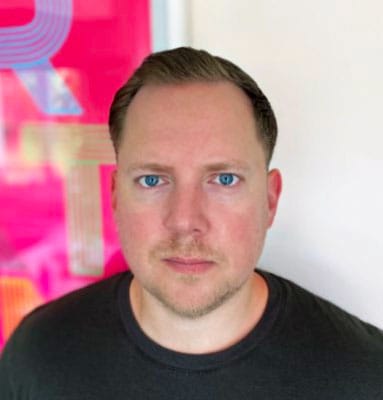 Paul’s industry experience gives him the chemistry to partner closely with client teams and fully understand their needs. Taking the wide view, Paul looks at design in the context of business objectives. He welcomes complex problems and leads our team at the intersection of art, design and technology. His skill is in taking everyone with him. He heads up our London studio, shaping our positive and human-centred culture. The result is the delivery of brave, interconnected brand experience.

Make worlds collide and sparks fly as part of the Vault49 team.

We love the extraordinary. Talented people with a passion for craft and collaboration. Energetic minds who think differently and see the unseen. Standard job descriptions don’t apply.

We offer 3-month paid internships to a select few. You don’t need a flashy degree to impress us. Instead, show us your work and dedication to excellence.